Three's The Block NZ: Do Overs

Flooring Xtra are the proud broadcast sponsor of Three’s The Block NZ season nine. This season showcases four stunning builds that are the most impressive architecturally designed houses The Block NZ has ever seen, set in Auckland’s aspirational inner-west suburb of Point Chevalier. All of the hard flooring and carpet featured throughout the homes has been proudly provided by Flooring Xtra. Join us each week, as we take a look at the teams’ finished rooms and see how they bring their ideas (and flooring) to life!

This week on Three’s The Block NZ, the teams were given the chance to do over as many rooms as they wanted but could only put one forward for judging. We think the final rooms look amazing! Which space is your favourite?

THE WINNING DO OVER: Meg & Dan

For this week's challenge Meg & Dan chose to do over their kids bedroom. They transformed their once monochromatic room into a pastel green sanctuary, replacing the photographic black and white wallpaper with a soft paint colour, and swapping the home decor items for items in lighter tones and more natural textures.

On the floor in Meg & Dan's kids bedroom is Bremworth Foss carpet in High Cross from Flooring Xtra. Providing a comforting foundation, the carpet's neutral tone easily complements any interior style, while its linear structure offers a refined look.

Tim & Arthur's Do Over

For Do Over week, Tim & Arthur chose to finish their entrance, stairs, hallway & powder room, with stunning results. A bright and spacious hallway greets guests as they enter the home, with characterful art pieces adorning the walls, providing a great talking point. The stairs and powder room offer understated elegance - perfect for modern living.

Connie & Rach's Do Over

For this week's challenge, Connie & Rach chose to do over the kitchen & dining room. They opted to update many of the home decor elements, adding shelving and a new light fixture to the dining room, while keeping the fundamentals of both rooms the same.

Featured on the floor is Quick-Step Compact engineered timber in Pure Oak Extra Matt from Flooring Xtra. Compact's extra matt surface provides a gentle-looking finish, for the feel of timber flooring in its finest form.

Dylan & Keegan's Do Over

Dylan & Keegan chose to change their kids bedroom for Do Over week. They simplified the entire scheme, replacing the decorative wallpaper with fresh white paint and swapping many of the home decor items for more neutral designs.

On the floor is Armure carpet in Beeswax from Flooring Xtra. Kids will love this wool carpet - it combines the durability and performance of a loop pile with the luxurious feel underfoot of a cut pile, making it both enjoyable to play on and hard-wearing.

Get the look SHOP THE COLLECTION 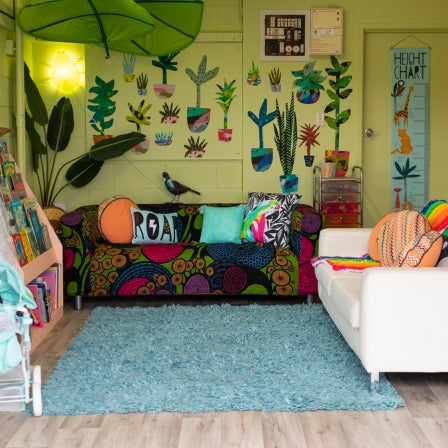 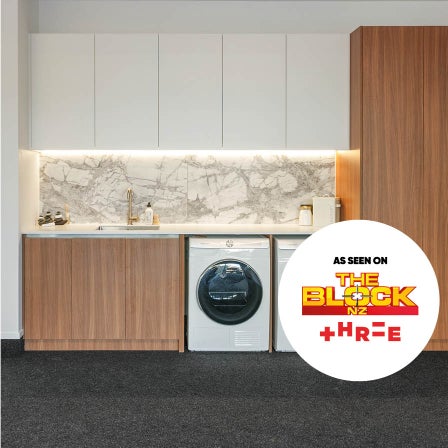 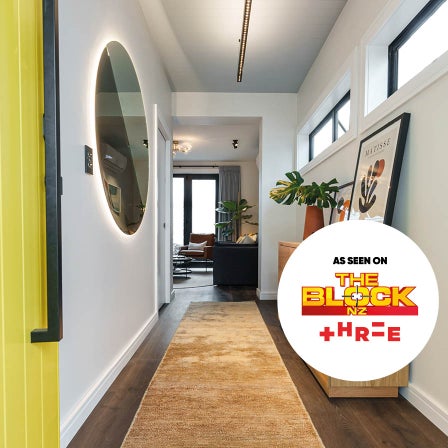 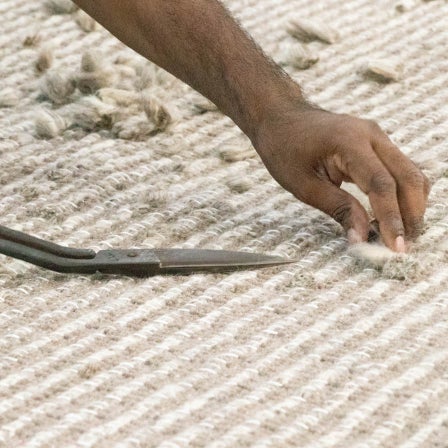 Meet The Maker: Our Handcrafted Rugs